Modern Stone Age founder, Keith Burnett, has worked with stone for most of his career. Originally a builder by trade, Keith has used and carved stone many times for many projects over the years.

It was in his workshop in Port of Menteith, in central Scotland, surrounded by the lochs and mountains of the Loch Lomond and The Trossachs National Park, that the idea for Scottish whisky stones was born.

Aware of the trend for using specialist stones rather than ice to cool premium drinks like gin and Scotch whisky, Keith realised that some of the Scottish stone he worked with would be perfect for use in this way. He also noted that there were no drink stones currently produced from the home of whisky itself.

Determined to put this right, he set about exploring the geology and rock formations of Scotland to find the perfect stones to use to cool the world’s finest drinks. 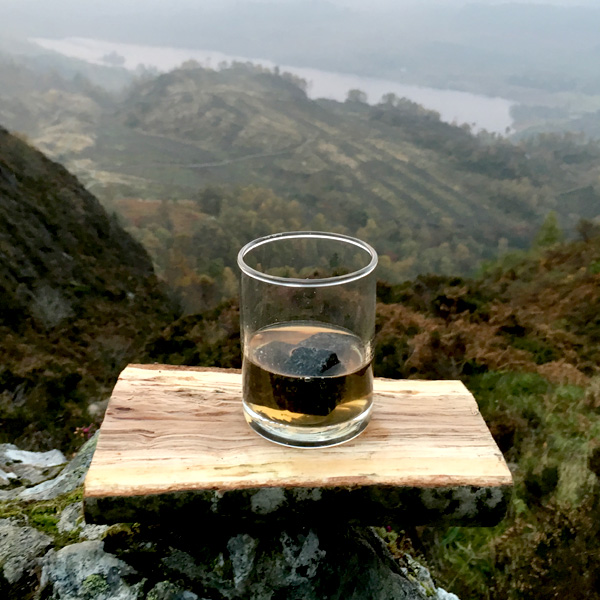 Today, Keith hand-carves both variations of drinking stone, Scottish whin and Scottish green schist, at his workshop and despatches orders to customers all over the world. A whisky drinker himself, he’s delighted to play his own small part in promoting Scotland’s heritage as the home of Scotch whisky.

If you’d like to find out more about our drinks stones, or have any particular questions on them you’d like to ask, then please get in touch with us.
contact